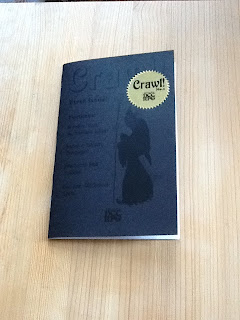 This showed up in my mailbox last week but I haven't had time to talk about it until now. For the uninitiated, Crawl! is a fanzine for the newly released Dungeon Crawl Classics RPG by Goodman Games. This is the debut issue and it's release was carefully timed to coincide with the game it's supporting. Those who per-ordered it were surprised with the black-on-black cover, a nod to the limited edition heavy metal version of DCC RPG.

Digest-sized and only 20 pages long, Crawl! is crammed full of odds and ends for both DMs and players. This issue features rules to run Human-only campaigns, Cleric-less parties, alternative skill systems, rules for how to integrate spells from older editions, and a whole new patron for your campaign. Of course, the usefulness of this material is going to vary depending upon your needs, but all of the content is top quality. I particularly like the rules for Cleric-less parties and Van den Danderclanden, a patron who has suffered extensive corruption. It's also got some neat, full page art spreads.

The entirety of this first issue is brought to us courtesy of its publisher, Reverend Dak at Stray Couches Press. He jumped into the beta tests for DCC RPG early and these variants come hot off his gaming group's table. This brings me to the best part: Crawl! takes submissions. Now that you've got your copy of DCC RPG (you do have it, right?) you're probably busy sending hordes of peasants to their death and adapting the game to your needs. Don't toil alone! Share your weird creations with the world and get involved!
Posted by Vanguard at 3:44 PM

Play transcripts from, ruminations on, and homebrew materials for whatever roleplaying games capture my imagination. You can contact me at gazrax at gmail dot com.

What's on the Gaming Table: 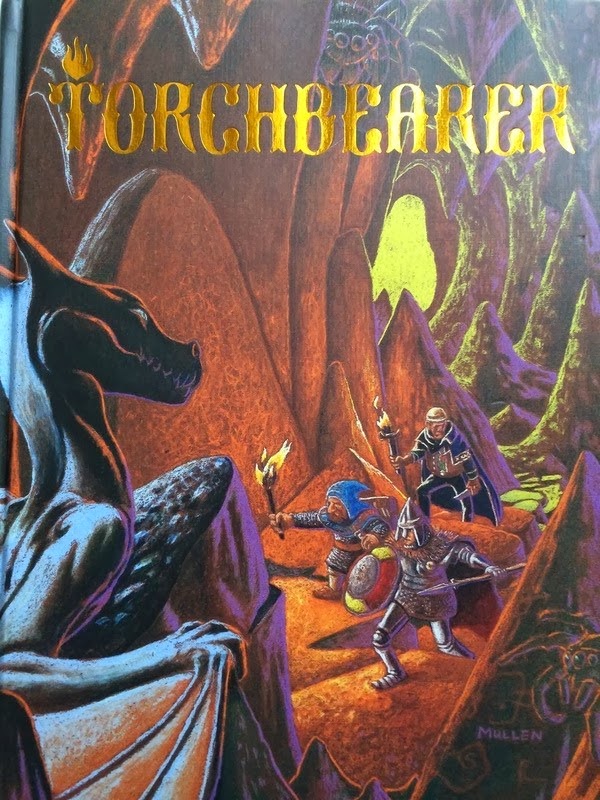